CBRE advises on five investments deals during a busy summer 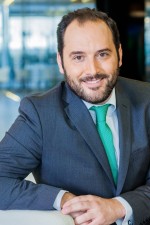 Investment activity has clearly remained upbeat at the start of the third quarter, driven mainly by international investors looking to close large-volume deals, both via portfolio and individual asset purchases. Investors are continuing to bet on Spain as a place to invest and are looking to increase their exposure to the country’s real estate market, mainly in large cities such as Madrid and Barcelona, although they are also gradually widening their scope to include cities such as Valencia, Bilbao, Seville and Malaga.

The real estate investment market is truly booming in 2015 and there was no let-up during the summer months, a period when investment activity usually sees a lull.

The real estate investment volume in Spain had already reached 8.43 billion euros by the end of the 1H 2015, more the double the figure registered for the same period in 2014 and the highest recorded for eight years. These results were largely boosted by what has so far been the largest deal of the year in terms of volume; the purchase of Testa by the socimi (Spanish REIT) Merlin Properties, who was advised by CBRE. Real estate investment volume is forecast to touch levels of around 12–14 billion euros by the end of the year, topping even pre-crisis levels.

These forecasts were consolidated by the high level of activity witnessed in the real estate sector during the summer, when instead of slowing down as is normally the case, the rate at which deals were closed remained the same. Office buildings remain the most sought-after product by investors, however, they are also showing an increasing interest in different types of buildings, especially retail portfolios.

These five deals that total a volume of approximately 375 million euros confirm that there is still great investor appetite in Spain.

CBRE advises on five investments deals during a busy summer

Spain, one of the countries in which restaurants are the greatest motivating factor for consumers when visiting shopping centres
CBRE closes 2015 with a market share of 49% for advisory in national capital market deals
CBRE GROUP, INC. CLOSES ACQUISITION OF GLOBAL WORKPLACE
Google will debut their Madrid Campus in 2015
CBRE advises LICO INMUEBLES on the leasing of their property to HOLIDAY GYM
Alta Diagonal obtains LEED Gold certification